In the picturesque village of Dunning 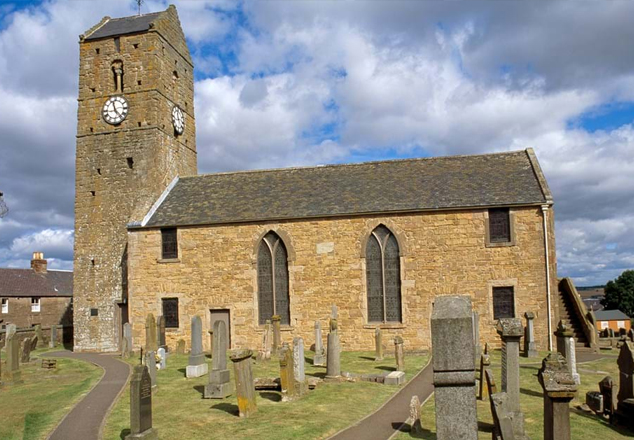 The picturesque village of Dunning is one of the beautiful destinations of Perthshire and makes a great day out for all the family. Dunning is home to St Serf’s Church which is a wonderful historic attraction that many visitors flock to every year. Dating back to 1200 St Serf’s Church is looked after by the Historic Environment Scotland, and while it is worth a visit in its own right, it is also famed for housing the beautiful Dupplin Cross. Dupplin Cross was carved in around 800 and is dedicated to one of the last Kings of Pictland.

The History Of St Serf’s Church And Dupplin Cross

Built in 1200, it is no surprise that St Serf’s Church has had a rich history for visitors to discover. The site of the church was chosen because of the association with St Serf, who was a Christian missionary back in the 500s. The main sight of the church is the 75ft Romanesque tower which still remains the same as when it was originally constructed, other than the four clocks that were added later in 1890.

The remainder of the original church no longer remains, but The Reformation of 1560 lead to St Serf’s Church being adapted for Presbyterian services. Further changes were made in the 1800s with many walls being rebuilt, and a new large aisle created.

Dupplin Cross stands 3m high at the base of the tower inside St Serf’s Church. Until 1999 it was stood on a hillside which overlooked the site of a Pictish royal palace in Forteviot, just three miles to the north of Dunning. After this, it went through a period of restoration before being put on display in St Serf’s Church.

The Dupplin Cross is one of the most detailed and finely carved stone crosses anywhere in the world. Every single surface on the cross is carved with the only exception being a small triangular area at the base.

Visitors can head to St Serf’s Church and Dupplin Cross between April and October; however, it is closed during the winter months. It is entirely free to enter, but the Historic Environment Scotland welcomes donations.