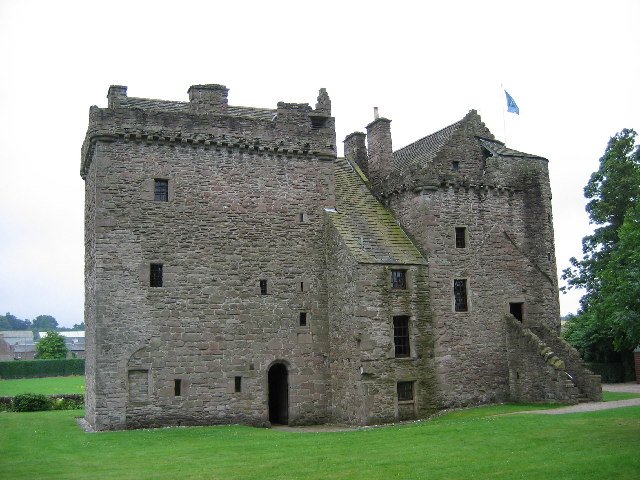 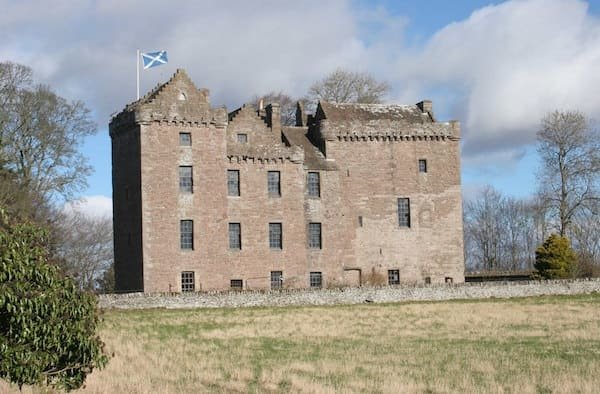 Huntingtower Castle was first constructed in the 15th century with a striking tower being built. Later, in the 16th century, a second tower was built, and the two towers were joined by a range in the 17th century.

For several hundred years, it was known as the “House or Place of Ruthven” as it was occupied by the 4th Lord Ruthven. It was in Huntingtower Castle that the 4th Lord Ruthven, also known as the Earl of Gowrie joined in a plot to kidnap a young King James VI and held him prisoner there. Bizarrely King James VI escaped and forgave Lord Ruthven, however after a second attempt to overthrow him, the King had him executed and his property including Huntingtower Castle given to the Crown.

It was not over for the Ruthven family when the merciful king restored the castle and lands, but when Lord Ruthvens’ brothers were involved in another plot to kill the king, they were executed, the estates were seized, and the Ruthven name abolished.

Nowadays, visitors can explore the castle, including the remarkable, delicate and intricate 16th Century paintings that still exist on the first floor of the castle. Visitors can also discover the hiding place used by Ruthven for secreting treasures, found behind a stone.

Located just three miles north-west of Perth, the castle is easy to get to and has car parking facilities available. The castle offers an informative visitor centre so that you can be fully briefed on the fascinating history of the castle.

What’s more, Huntingtower Castle is also part of the Explorer Pass, a great scheme to visit many of Scotland’s brilliant tourist attractions while just paying for one pass, potentially offering you significant savings with the more attractions you visit.